Well I wrote yall last week but I forgot to send it along with cha chis and sis tenneys and the nygards and herberts and everyone. So I ended up sending it on Friday so yall should get it probably today. But so there has been some changes in my district now with transfers and everything. I am still here in Spokane and my new companion will be an elder named Elder Jorgensen. Don't know too much about him other than that he just got out not too long ago, and this is who God wants me to be with. I hate how everything just goes so fast. Each transfer gets shorter and shorter. I am a little nervous though because I don't know the area at all, and now I will be the one driving and everything, but I have faith that God will guide me so it is all going to be good. That one companionship and area that was struggling quite a bit had another miracle this week and so that was so awesome. But then we got transfer calls and that area is closing now and the zone leaders will be covering that area and also there own area now. And also our zone leaders our both going to be new. And so the whole district is changing. But that is probably a good thing, because i know we are just going to see so many miracles here now. This week though one of our miracle people came to church again, although we were not able to teach her at all this week. So that was awesome to see, and I really hope we will be able to teach them this week, and invite them to be baptized and to come unto Christ. But ya not too much has happened this week, we just received a lot of referrals and found a quite a few potentials that hopefully we will be able to teach this week. I love yall so much and have a good week. Tell Alena not to kill herself in the car, it would be nice if i could see her again in this life.
Posted by cnelson at 2:46 PM 1 comment:

We received this letter in the mail from Ty. He did not have time to email last week.

Dear Family,
OK so this week was pretty good. I was given the opportunity to give a training this week and felt impressed to give it on loving everybody and finding the joy of the gospel. It was awesome to see the miracles that happened and are happening in this district. As for Elder Schulthios and I, we pretty much don't have anybody on date to be baptized anymore, but it is all good because we are going to teach that awesome family who came to church tonight. I am way excited and we are most definitely going to invite them to come unto Christ and definitely see some major miracles this week. I can't believe that Skylar is now in the MTC. This transfer has just flown like crazy. Each one gets faster and I don't like that. I am way excited and he is going to get here so fast. I think I can feel the gift of tongues working on me. I am still not that good, but I'm not terrible either. It makes you feel better when a mexican can understand a Cuban about as good as you can. It is pretty cool to get to experience all the different accents in Spokane. Everywhere else there is just mexican spanish but here we have Cubanos, y El Salvadorians, Guatemalans, Uraguayans, Peruvians and about ten other countries; although I still have not met anyone from Paraguay, the Dominican Republic and Spain. Pero I probably will some day. I also went on an exchange with the ZLs once this week and we totally found some new black investigators for them I totally see why being a pastor of a black church would be so fun. You just got to say Praise the Lord! and you got them nodding their heads saying uh huh and everything else. Yeah, this week was pretty good and this next one is going to be even better. I love yall so much!! Have an awesome week!
Love,
Elder Nelson
Posted by cnelson at 2:44 PM No comments:

Hey fam, This week was pretty good. I don't think I have ever had so many of the people we are teaching move in such a short period of time. The Reyez family moved from our area into the sisters area, but they came to church so that was so awesome! These other 2 sisters that we were teaching decided to randomly move to Florida, and then the puerto ricans that we were teaching and were on date to be baptized decided to move back to Puerto Rico. So pretty much our teaching pool just turned into a puddle haha. But it is all good, because this is God's work, and he is of course preparing people every day for us to find, teach and invite to come unto Christ. And so with this in mind, I have nothing to fear. For example, we had such an awesome miracle this week. Yesterday, three people who we have never met before came to church and told us that they wanted us to start teaching them. Holy cow! God is so watching over us it is ridiculous. But I got no time to write today. But i love yall so much and have an awesome week. And thank you so much for your imput about how I can help my district.
Posted by cnelson at 7:20 AM No comments:

Just some random thoughts that came to my mind as I was readings yalls emails. First one I totally need to start writing people back, because I am so terrible at that, and so please personally thank both the Herberts and the Nygards for everything, and tell them to forgive me if I am not able to reply soon, but that they will definately get a reply sometime. Oh and I loved Elder Collier. I think everyone has like their idol missionary, like that is going to be me when it is all said and done, and Elder Collier was that for me. I remember that exchange with him as well, I was really able to learn from his example. Also a random thought, if Amanda wants an arranged marriage I keep telling the former Elder benjamin Jacobson not to stress about finding a wife because he can just marry my sister. I respected both of those Elders a ton. Another random thought, the word random like doesn't even really exist in spanish...lame. And also Lucky looks more like a polar bear than a dog...probably should get a haircut. But that is truly amazing about the snow in St. George. One of the amazing blessings of being spanish state side in a city, is that you have a car, and so although I am outside a lot, I could have it worse. Also I reiterate what Nick said...every night wihout fail; Payden, cha chi, and steve are in my prayers. And if you ever see them just let them know how much I love them. I love yall so much as well. We have been so blessed. This week we were able to put 3 different people on date for baptism, and God is just guiding us to those prepared people. The hardest thing right now is trying to help my district out, because there is some major struggling Elders, and I really don't know how to help them. But I am praying to find out a way that I can help them out. Pray for them as well. Love yall!
Posted by cnelson at 5:51 PM 1 comment: 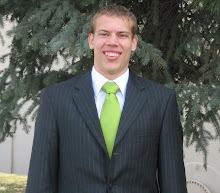